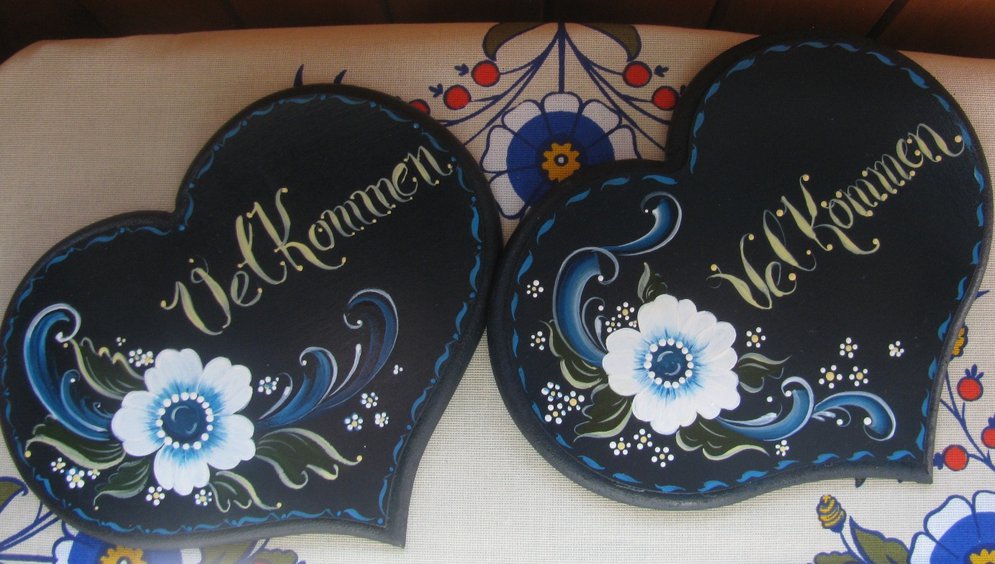 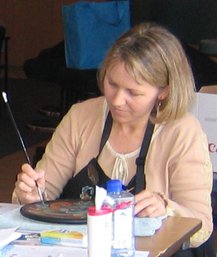 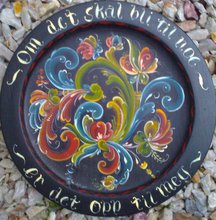 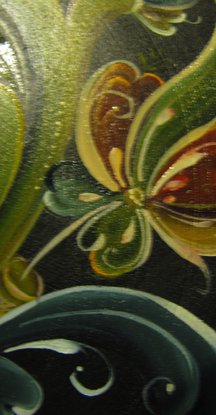 Loving traditional art forms, Australian Amanda McLaughlin began painting 15 years ago. She discovered Rosemaling on a visit to Norway in 2004 and fell in love with the dynamic movement and form, especially the Telemark style. A chance meeting with a Telemark Rosemaler at his exhibition in Fredrikstad, Norway, led to Amanda organizing for him to complete a teaching tour of Australia in 2007.

In another effort to promote Rosemaling to the wider world, Amanda created the “Rosemaling Group” on Facebook, which has flourished into an active forum of over 220 Rosemaling artists and enthusiasts. Its purpose: to exchange information and ideas and connect with other Rosemalers, in a venue that is not limited geographically.

Amanda has won first prize in the traditional art section in the state’s Exhibition, 8 years in a row and teaches all styles of Rosemaling techniques in Australia. She uses both oils and acrylics, and has completed commissions for both private individuals and the Norwegian club of Queensland.

Amanda sees Rosemaling as a timeless art form that can be adapted and incorporated into any home, in both functional and decorative senses. In the future, Amanda envisages Rosemaling evolving into a more contemporary style, reflective of each of the many global communities, who have Nordic origins. She also would like to extend the boundaries of the traditional forms by using unusual mediums, surfaces and colours in her art.

Amanda can be contacted at amandamac5@hotmail.com or at the Facebook group. 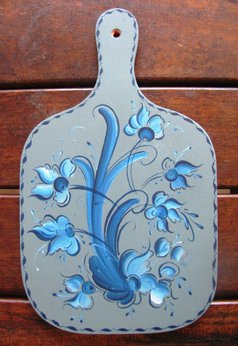 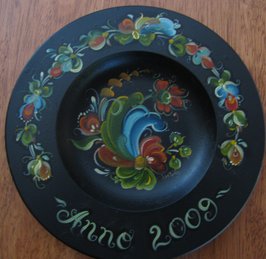 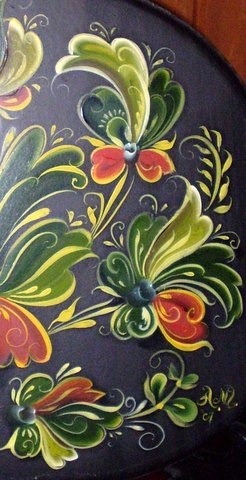 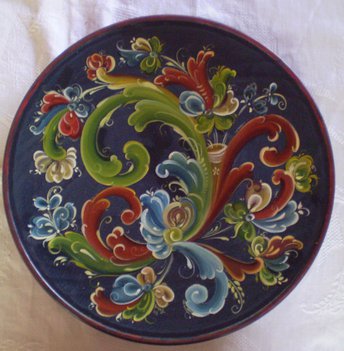 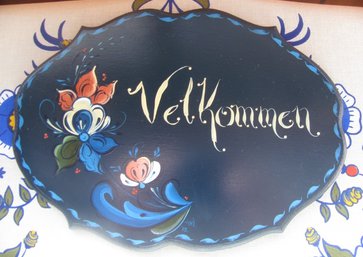 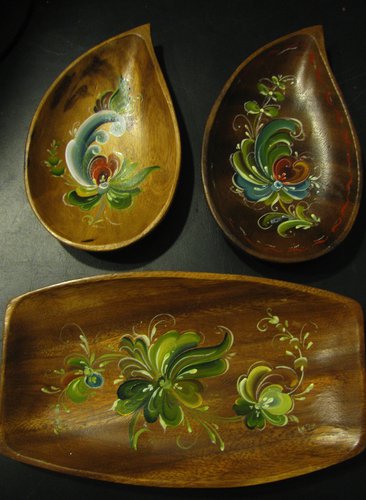